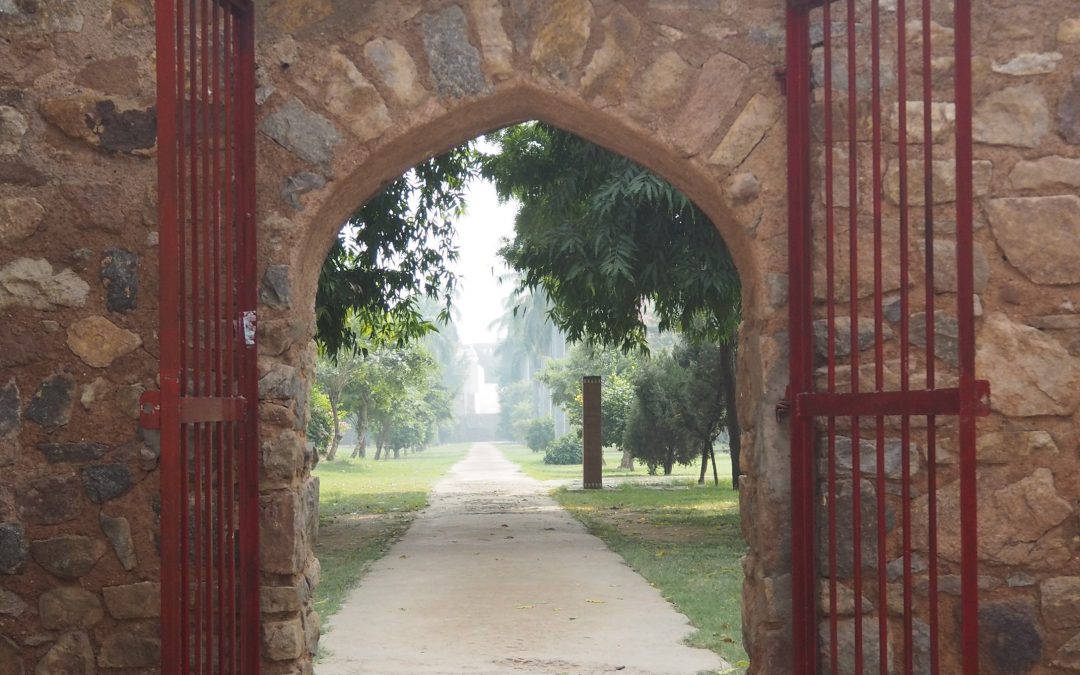 We are still dealing with minimizing gross colourings. 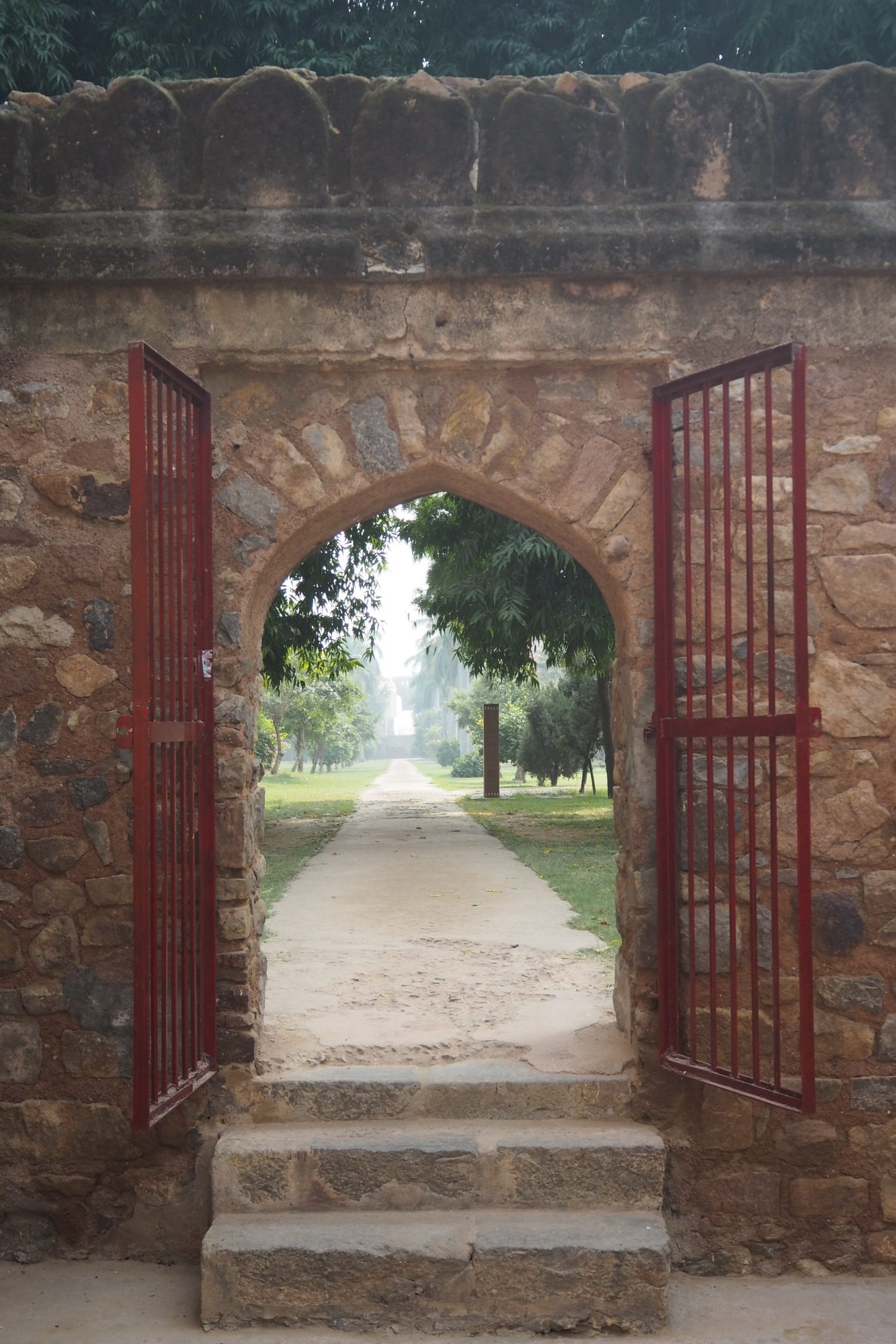 Below the overview of the chapter:

The 55 sutras of Chapter 2 have been divided into 9 sections:

The root forgetting or ignorance of the nature of things (avidya) is the breeding ground for the other of the five colorings (kleshas), and each of these is in one of four states: 1) dormant or inactive, 2) attenuated or weakened, 3) interrupted or separated from temporarily, or 4) active and producing thoughts or actions to varying degrees.

Four stages of coloring: The starting point is to observe what is the current state of the coloring of individual thought patterns. This self-awareness practice becomes a gentle companion in daily life and during meditation:

1. Active, aroused (udaram): Is the thought pattern active on the surface of the mind, or playing itself out through physical actions (through the instruments of action, called karmendriyas, which include motion, grasping, and speaking)? These thought patterns and actions may be mild, extreme, or somewhere in between. However, in any case, they are active.

2. Distanced, separated, cut off (vicchinna): Is the thought pattern less active right now, due to there being some distance or separation. We experience this often when the object of our desire is not physically in our presence. The attraction or aversion, for example, is still there, but not in as active a form as if the object were right in front of us. It is as if we forgot about the object for the now. It is actually still colored, but just not active (but also not really attenuated).

3. Attenuated, weakened (tanu): Has the thought pattern not just been interrupted, but actually been weakened or attenuated? Sometimes we can think that a deep habit pattern has been attenuated, but it really has not been weakened. When we are not in the presence of the object of attachment or aversion, that separation can appear to be attenuation, when it actually is just not seen in the moment.

This is one of the big traps of changing the habits or conditionings of the mind. First, it is true that we need to get some separation from the active stage to the distanced stage, but then it is essential to start to attenuate the power of the coloring of the thought pattern.

4. Dormant, latent, seed (prasupta): Is the thought pattern in a dormant or latent form, as if it were a seed that is not growing at the moment, but which could grow in the right circumstances?

The thought pattern might be temporarily in a dormant state, such as when asleep, or when the mind is distracted elsewhere. However, when some other thought process comes, or some visual or auditory image comes in through the eyes and ears, the thought pattern is awakened again, with all of its coloring.

Eventually the seed of the colored thought can be burned in the fire of meditation, and a burnt seed can no longer grow.

Where does all of this go? Through the process of Yoga meditation, the thought patterns are gradually weakened, then can mostly remain in a dormant state. Then, in deep meditation the “seed” of the dormant can eventually be burned, and a burned seed can no longer grow. Then, one is free from that previously colored thought pattern.

Notice the stage of individual thoughts: We want to observe our thinking process often, in a gentle, non-judging way, noticing the stage of the coloring of thought patterns. It can be great fun, not just hard work. The mind is quite amusing the way that it so easily and quickly goes here and there, both internally and through the senses, seeking out and reacting to the objects of desire. (See also the article on the four functions of mind)

There are many thoughts traveling in the train of mind, and many are colored. This is how the mind works; it is not good or bad. By noticing the colored thought patterns, understanding their nature by labeling them, we can increasingly become a witness to the whole process, and in turn, become free from the coloring. Then, the spiritual insights can more easily come to the forefront of awareness in life and meditation.

Train the mind about coloring: An extremely important part of attenuating, or reducing the coloring of the colored thought pattern is to train the mind that this coloring is going to bring nothing but further trouble (This is described in Sutra 2.33).

It means training the mind that, “This is not useful!”. This simple training is the beginning of attenuating the coloring (The process starts with observing, but then moves on to attenuating). It is similar to training a small child; it all begins by labeling and saying what is useful and not useful. Note that this is not a moral judgment as to what is good or bad. It is more like saying whether it is more useful to go left or right when taking a journey.

Often, we are stuck in a cycle: Often in life, we find that the colored thought patterns move between active and separated stages, and then back to active. They go in a cycle between these two. Either they are actively causing challenges, or we are able to get some distance from them, like taking a vacation.

Break the cycle: However, it is possible that we may never really attenuate them when engaged in such a cycle, let alone get the colorings down into seed form, when we are stuck in this cycle. It is important to be aware of this possibility, so that we can intentionally pursue the process of weakening the strength of the coloring.

Meditation attenuates coloring: This is where meditation can be of tremendous value in getting free from these deep impressions (2.11). We sit quietly, focusing the mind, yet intentionally allow the cycling process to play out, right in front of our awareness. Gradually it weakens, so we can experience the deeper silence, where we can come in greater touch with the spiritual aspects of meditation.

Vidya is with knowledge: Vidya means knowledge, specifically the knowledge of Truth. It is not a mere mental knowledge, but the spiritual realization that is beyond the mind. When the “A” is put in front of Vidya (to make it Avidya), the “A” means without.

Meaning of ignorance: Avidya is usually translated as ignorance, which is a good word, so long as we keep in mind the subtlety of the meaning. It is not a matter of gaining more knowledge, like going to school, and having this add up to receiving a degree. Rather, ignorance is something that is removed, like removing the clouds that obstruct the view. Then, with the ignorance (or clouds) removed, we see knowledge or Vidya clearly.

Even in English, this principle is in the word ignorance. Notice that the word contains the root of ignore, which is an ability that is not necessarily negative. The ability to ignore allows the ability to focus. Imagine that you are in a busy restaurant, and are having a conversation with your friend. To listen to your friend means both focusing on listening, while also ignoring the other conversations going on around you. However, in the path of Self-realization, we want to see past the veil of ignorance, to no longer ignore, and to see clearly.

Both large and small scales: As you reflect on these forms of Avidya, you will notice that they apply at both large scales and smaller scales, such as the impermanence of both the planet Earth and the object we hold in our hand. The same breadth applies to the others as well.

I am a tomato: Imagine that I said to you, “I am a tomato.” What would you think? At first, you might smile and wait for the punch line of the joke. What if I said it again and again, “I am a tomato.” What if you came to discover that I really believed that I am a tomato? You would probably think I was crazy and want to have me locked up. Yet, this is exactly what we do with many aspects of life and relationship to the objects of the world. We identify with them and mistakenly think that, “This is ‘who’ I am.” This is avidya, the veiling or ignorance that prevents us from seeing clearly. We come from a country and think we “are” that country. We say, “I am American,” or “I am Indian,” etc. We follow a certain path or teacher and say, “I am Buddhist, Christian, Hindu, Jew, or Muslim.” We say, “I am a daughter, son, father, mother, sister or brother; I am the doer of this or that action; I am good or bad, I am happy or sad.” Actually, none of these are ultimately “who” I am. One who begins to intuit that “who I am” is beyond all of these has begun the journey of seeing beyond the ignorance called avidya, and is on the journey to realization of the True Self, by whatever name you call that, whether Purusha, Atman, Self, Soul or something else. It is a journey of yoga meditation and contemplation, leading one from the ignorance or avidya of the not-self to knowing that, which we truly are.

Avidya gets us entangled in the first place: In relation to individual thought patterns, it is Avidya (spiritual forgetting) that allows us to get entangled in the thought in the first place. If in the moment the thought arises, there is also complete spiritual awareness (Vidya) of Truth, then there is simply no room for I-ness to get involved, nor attraction, nor aversion, nor fear. There would be only spiritual awareness along with a stream of impressions that had no power to draw attention into their sway. Witnessing this Avidya (spiritual forgetting) in relation to thoughts is the practice.

Can you recognize some thought patterns?

Can you notice the stage of these different thoughts?

Maybe write down a few and try to categorize them.

Is there a specific thought pattern that you would like to diminish? How would you do that?

Nature is a great inspiration for us. Have you ever lay down on the grass in a park or field and just watched the clouds go by?

Are you able to do that with your thoughts? Try it out during your meditations this week.

Tell me about in in the comments or let’s talk about it soon after class!

No comments to show.